Calcium propionate and its importance in the bread industry 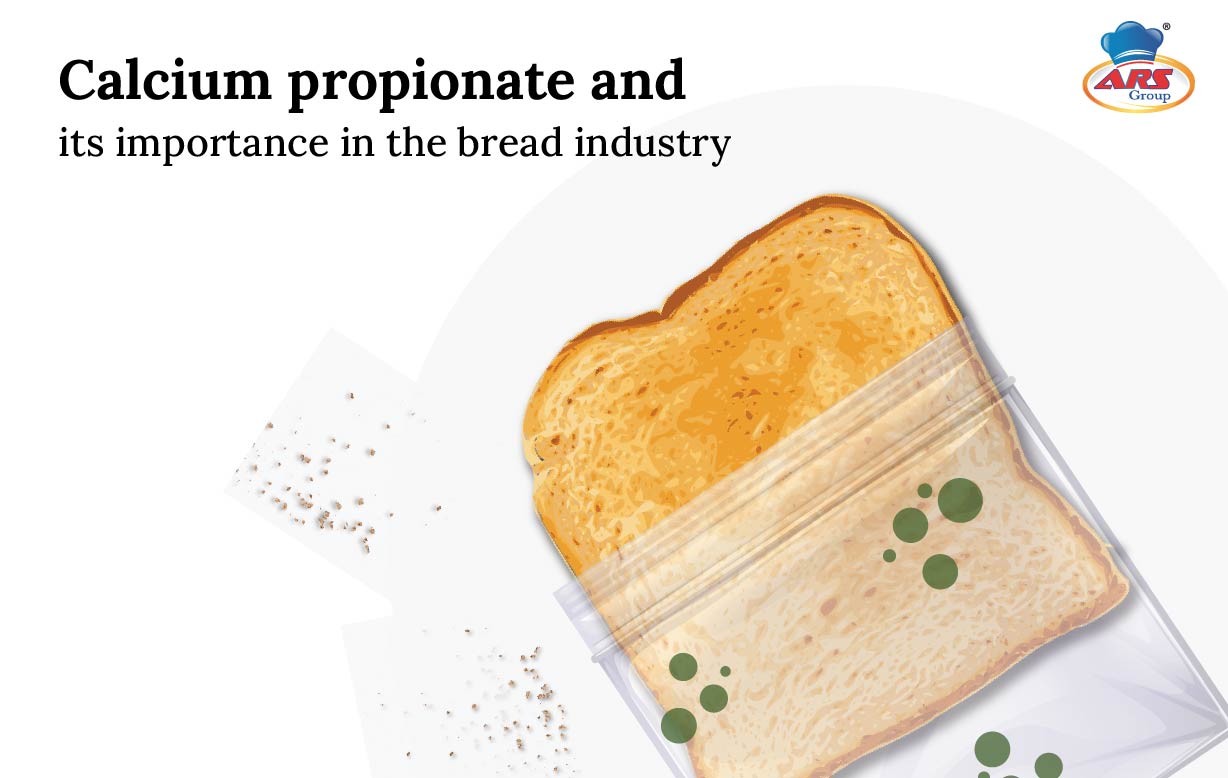 The growth of mold in bread and other confectionaries is largely encouraged by the presence of moisture. Although they are killed in the baking process, their spores can be picked up from the atmosphere during the cooling and packaging of bread. The higher the number and type of spore present in bread, the shorter is the life shelf of the bread. It is therefore important that preservatives are used to extend the shelf life of bread and other bakery product.

How It Is Produced

It is an antimicrobial agent often used in bread production. It is useful in extending the shelf life of bread by preventing all forms of microbial growth in the bread. It also suppresses the growth of bacteria on bread and does not affect the activity of yeast during bread making.

For a more effective result, calcium propionate should be used at a pH condition of slightly below 5.5. However, the pH should be effectively monitored and controlled because if the conditions become too acidic, dissociation of the propanoic acid occurs.

8 Effective ways to extend shelf life of a Bread

Mold contamination of bread is an issue for concern among bread makers. This issue is even more disturbing because conditions under which bread is prepared, baked and packaged are almost the optimal conditions for mold growth. However, the addition of mold inhibitors help to prevent the distribution of mold in bread.

Natural inhibitors like vinegar, and glucono-delta-lactone, inhibit mold by pH reduction; and calcium propionate & potassium sorbate are food additives that are also highly effective against mold growth in bread.

Active water of bread is the measured ratio of the vapor pressure of water in bread to the vapor pressure of pure water at a given temperature. It is simply the amount of available moisture in the bread. This is quite different from water content which is the overall amount of water present in the bread. Water content may not be available for further combination with other components. Water content of bread should be maximized to retain its texture while its active water should be minimize to reduce its susceptibility to microbial growth.

Humectants can be added to bread to bind moisture and reduce its active water content. Sugars and their alcohols are the most effective humectants available such as fructose, maltose, mannitol, molasses, sorbitol, honey and certain fruit concentrates.

Proteins from milk, gluten, soy and whey improve the shelf life of baked products because if their ability to bind moisture. When bread containing a protein ingredient is heated during processing, there is an incomplete unveiling of biding sites in protein molecules that remain sealed when heat is not applied to the bread. Whey proteins help prevent moisture movements in bread thereby maintaining a crumb softness in the bread.

Packaging the bread in sanitized environment with edible films have been shown to extend the shelf life of bread.

Edible films are capable of regulating oxygen, carbondioxide, water vapor and lipid transfer in bread. They help to control the loss of flavors in bread as well. Flavor loss in bread can also be controlled by the use of less volatile flavors such as oil-based flavor and baking at reduced temperatures and longer periods.

In recent times, gases are now being added to control the package atmosphere. These gases are mostly inert gases that reduces active water content and prevent the survival of microbes in the bread.

Since mold cannot withstand bread-baking temperatures, most contamination occur during the preparation, handling and packaging of bread. Hygienic methods should be adopted in this process and equipment should be sterilized regularly.

Mold and bacteria survive majorly under chemically neutral conditions. When the pH of the final bread product is reduced to levels safe for human consumption, microbes would be unable to reproduce and cannot survive in the product.

Emulsifiers function to reduce the rate of staling of bread by increasing water retention rates. An increment in bread volume by the addition of dough strengtheners gives the bread softer crumb due to increased resilience and moisture retention that originates from a less dense gluten structure. Examples of dough strengtheners include succinylated monoglyceride, polysorbates, sodium and calcium stearoyl-2-lactylates, and ethoxylated monoglycerides. These surfactants produce negative charges that neutralize the positive charges carried by the protein in gluten, thereby reducing the susceptibility of bread to spoilage.

Enzymes such as amylase acts as an anti-staling agent in bread by decomposing gelatinizing starch in the baking process. These enzymes are thermostable and can also improve the crumb softness of bread when controlled. Newer fungal and bacterial amylases which are also thermally stable are now also used because of their maltogenic pattern of action.

Everything you have ever